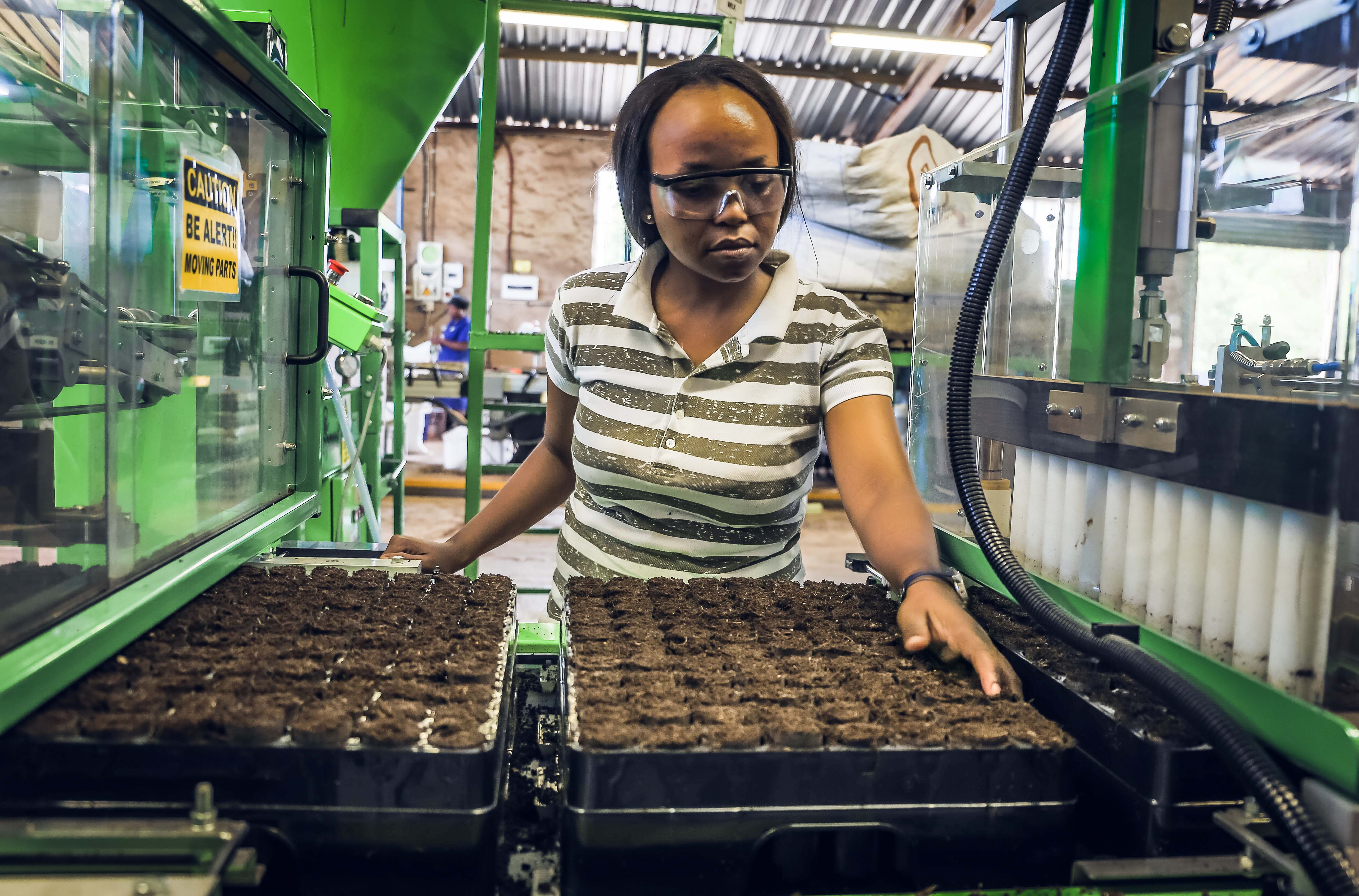 What is the Ellepot Propagation System?

The Ellepot Propagation System is a nursery system whereby the growing medium is wrapped in a degradable paper. The Ellepot paper holds the growing medium together, thereby protecting the roots and naturally degrades once planted in filed, there is no need to remove the paper during silviculture operations.

Logistics Benefits of the Ellepot System
Thanks to the protective Ellepot Paper, plants better handle transport and handling when dispatching to the field. This presents possibilities to change the way plants are dispatched in South Africa. A plant-roll system is being tested, which when coupled with a Just-In-Time (JIT) Delivery strategy is showing significant improvements in field performance and a reduction in transport costs. This plant-roll system negates the need to dispatch in trays, a headache for many foresters after planting.
Field benefits of the Ellepot System?
Root air-pruning is a core benefit of the Ellepot system over traditional forestry propagation methods. Air pruning prevents the roots from becoming root bound or deformed, improves the root architecture and stimulates the development of secondary roots within the Ellepots resulting in a larger and more fibrous root system. This means that with the Ellepot system what a Forester receives typically has a higher root mass and better root architecture than with the conventional trays. This improves the transplant performance of the plants, and therefore pit consolidation, which leads to a significant improvement in survival and uniformity of plants in the compartment. The more adverse the planting conditions, the better the Ellepots perform in comparison to standard loose-filled trays.
Not having to remove the young plant from a solid tray forcibly means that when using Ellepots, there is a drastic reduction in transplant shock, adding to the improved establishment in the field. What is clear from foresters is that Ellepots are easier to handle and transplant compared to those in solid plastic containers, especially in adverse conditions. Ellepots perform particularly well in comparison to standard plastic trays when plants are handled roughly or when planting conditions are hot and dry. The root system of a forestry plant can be damaged when planting with planting tools or with automated machines. The paper of the Ellepots protects the roots, thereby reducing losses in the field.
For more information visit: Ellepot