Is there room for electric tractors in forestry?

The concept of electric vehicles is gaining moment due to the need to reduce greenhouse gases and limit the negative impacts climate change. Over the years we have seen the refinement of diesel engines to reduce emissions through the engine “Tier” structure. Nonetheless, industries such as agriculture have been developing and testing electric tractors for a number of years, given the progression in this technology, one can expect the forestry industry to eventually adopt the technology sometime in the future if it proves reliable. Even though the tractor work demands and conditions in forestry are often significantly more than in agriculture, the forestry industry still uses a number of tractors developed from agriculture to conduct various silvicultural activities such as disking for fuel load reduction, mulching, planting and weeding operations.
The concept of electric tractors
Electric tractors are powered by electricity as opposed to traditional diesel engine systems. The tractor operates by using batteries which can be recharged or replaced with fully charged batteries in order to carry on with work. If you open an electric tractor’s bonnet, you will not find the normal diesel engine but rather a battery pack used to power the tractor. Furthermore, electric tractors require the overall electrification design which involves using electric drives and electric motors with high torque at lows speeds. Some of the manufacturers who have released electric tractors and prototypes are Monarch, Solectrac, John Deere, Kubota, Fendt 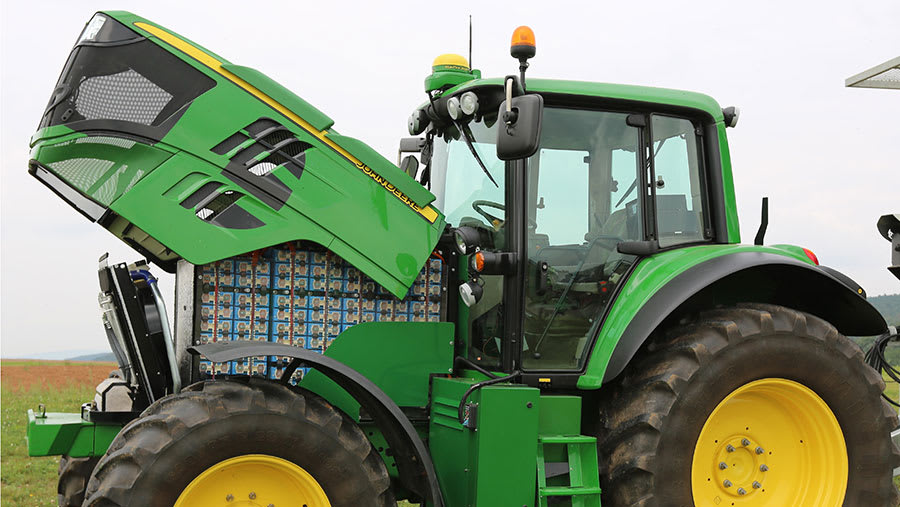 Apart from the known advantage of reduced carbon emissions, electric tractors can offer additional benefits for the forestry industry such as reduced noise, foundation for efficient automation of tractors and it is anticipated that these tractors will generally require less repair and maintenance (fewer moving parts than diesel tractors).
On the limitations side, electric tractors have a limited battery life, depending on the tractor size, battery size and the workload the tractor can last for a couple hours. Furthermore, a reliable power source is required for electric tractors to be used efficiently. The capital cost implications of purchasing electric tractors is high however, an accurate comparison between using electric tractors versus diesel powered tractors needs to consider the fixed and variable costs over the life of the tractor not just the purchase price of the tractor.
Conclusion
Even though some manufacturers have pursued the electric route some manufacturers have explored other options such as hydrogen as an alternative to diesel. The future of tractors used in both agriculture and forestry will certainly be a different one to the one we are used to now. Generally, the technology is still in the development and growth phase, but its potential impact is important to monitor going into the future.